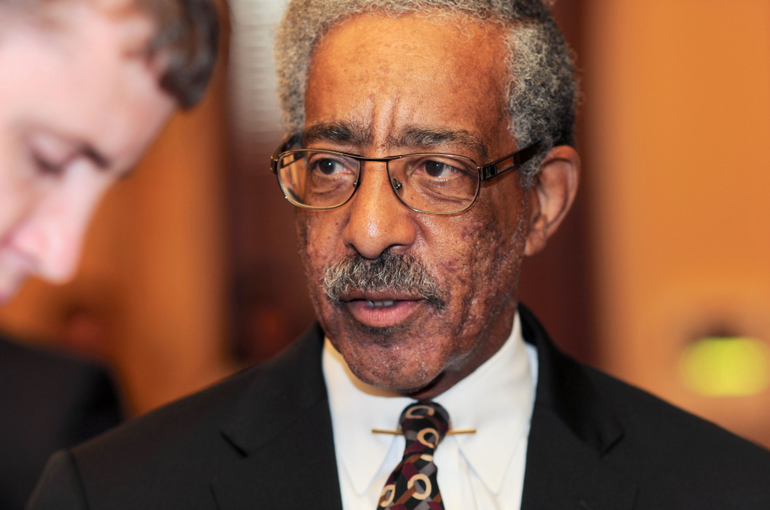 TRENTON, NJ – The announcement of Senator Ronald Rice’s retirement is bittersweet for the New Jersey
Redevelopment Authority (NJRA). Through his tireless advocacy for marginalized communities and his
collaborative efforts with former Senator Richard LaRossa, the NJRA was created with the passage of the New
Jersey Urban Redevelopment Act. Throughout his career, Senator Rice has always been a supporter and
champion of the NJRA and the work they do every day to improve the quality of life and create value in New
Jersey’s urban communities.
Leslie A. Anderson, NJRA President and CEO, said, “Senator Rice’s trailblazing leadership is unmatched. His
forthright style served as an inspiration for those fortunate to know and be mentored by him. There will be a
void in the State Legislature that is only filled by his tremendous legacy. Senator Rice always took his shot in the
room where things happened!”
While the NJRA is sad to see Senator Rice leave the State Legislature, the Authority can take comfort in knowing
his legacy within its organization and his work as a public servant is unmatched and forever cemented. The
NJRA wishes Senator Rice well in his retirement and hopes that he can appreciate the return of his many years
of work, activism, and continual investment in New Jersey’s historically overlooked municipalities.
The NJRA mission is to invest financial and technical resources into redevelopment projects and plans that will
create a positive impact in eligible communities. NJRA’s primary goal is to ensure that projects are urban-
focused, neighborhood-based and investment driven.